Multiplying the value of data by improving its ongoing management

Red Olive devised an enterprise data model, identified use cases and created a delivery sequence for a data transformation, including estimates and a design.

“It is a capital mistake to theorize before you have all the evidence,” said Sherlock Holmes, in A Study in Scarlet. “It biases the judgment.”

But what do you do if you have all the evidence you need – as data – but lack the expertise required to use that evidence as a means of delivering insight? One FTSE 100-listed food producer, which found itself in that position, approached Red Olive for help. 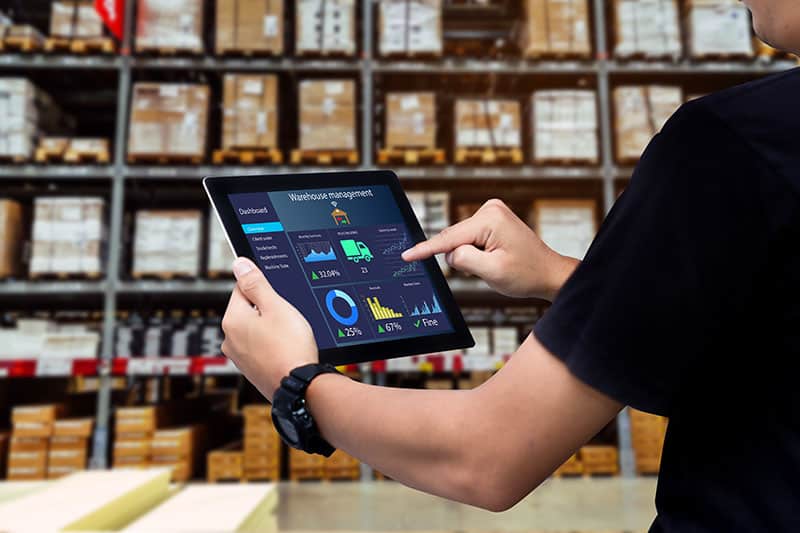 Buying produce from 3,500 farms nationwide, the client has a unique position in the UK food chain. It satisfies a third of the country’s annual requirements for a staple product and, as a very ‘traditional’ business, has long used conventional, transactional processes. Many of these needed an update so the business could benefit from the rich data sources available to it.

The chief architect of business, digital and technology transformation, explained that the entire IT department was spending 30% to 40% of its time fixing data problems caused by process issues. Examples of this included a specific disconnect in which one part of the business was drawing down metrics from the warehouse management system while the finance team was working off stock figures from the ERP (enterprise resource planning) system.

Fixing issues like this didn’t require the systems themselves to be re-engineered, but the business to be re-educated so it understood how the systems worked and how it could – and should – use them. It also needed a way to define a single version of the truth, so that the data used throughout the enterprise, whatever its source, told the same story, even if it told it in different ways or approached it from a different direction.

Recognising that things needed to change, the client developed a three-year strategy with the goal of delivering more relevant insight, 90% of which could only be implemented through improved data and information handling. Achieving this would involve making some fundamental changes to the processes – more than the technology – that underpinned its use of data.

What the business was looking at was an information management project, not a systems consolidation project that would show that the root cause of a lot of its problems was in the quality of its data – its lifecycle, ownership and accountability. In some cases, nobody was accountable for a particular set of data. In others, it was trapped inside siloed applications.

That left Red Olive’s client with diverse versions of data underpinning different versions of the truth.

The ideal solution would be a systems simplification and consolidation strategy that would, ultimately, deliver cost efficiencies. Or, at least, that’s the simplified story you’d give the board to help it understand the benefits. As anyone who’s worked on data driven transformation knows, the real value isn’t only in cost efficiencies, but in the data itself, establishing a single version of the truth, fostering new skills, introducing new roles and making tools easier to use.

Acknowledging that the business was old fashioned where management information (MI) was concerned, and that most of the information in its MI tools were difficult to work with, the senior management team was at the mercy of a small IT function that could change reports or dashboards because there was quite a lot of legacy data infrastructure. This is quite common in an organisation that has yet to transform and to realise the power of data in that transformation. As a diverse business with operations in multiple sectors, the business used a wide range of data. The data team needed a thorough understanding of how these sources were employed across the company before it could start work on a new strategy for its collection, storage, and use.

The typical starting point for any data transformation project is to examine legacy siloed applications. The client therefore ran a series of surveys to discover the pros and cons of the existing data environment across all dimensions, and its ownership and quality. On the back of these, it held a series of workshops to find out from various parts of the business how they felt its use of data could be improved. These were hosted within Teams as, by that point, the first coronavirus lockdowns were in place.

The result was a broad and diverse range of opinions, comprising 160 unique use cases. These ranged from those that were fairly easy to satisfy, like being able to see a data set more easily – to the far more ambitious, like using the data to project into the future.

It quickly became obvious that the business had a bigger opportunity than was first thought and at that point, the project became a collaboration between the business and the IT department. Together, they started to think about business uplift as well as technical specifications.

The Head of Data recognises that over her 25 years running digital transformations, about 60% of previous projects, it has started with the business thinking it was just implementing a new system. Once started, there are techniques to bring in different departments across the business and get their buy-in so that they are the driving force of the business case. And that’s what the organisation did here – it got the business excited about the opportunity and the art of the possible.

At this point, it became obvious that external input would be beneficial, and the client brought in Red Olive to move the project forward, initially by helping to flesh out the roadmap and develop the business case for the physical implementation of a new data platform. 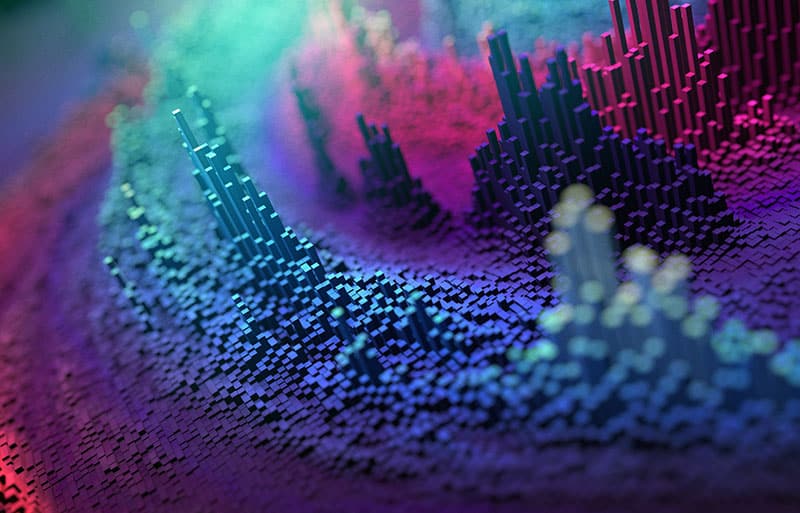 It was established at the outset that Red Olive would have no hand in implementing any solution. Rather, its work would be used to support in-house discussions with the board, during which the data team would negotiate funding for the revised data platform. Red Olive was also consulted on the best external team to conduct the work should funding be granted.

As part of this work, Red Olive spoke with stakeholders across the organisation about the specific requirements of each business area, on the basis of which, it devised an enterprise data model, identified commonalities and proposed a delivery sequence for the transformation, including estimates and a high-level design.

The client’s in-house team knew from the start that any roadmap it formulated with Red Olive would be large. What it needed to do, therefore, was to break it down to provide a conceptual view and a high level benefits case for each of the potential chunks or building blocks it comprised.

In this business, the corporate process for getting capital investment was quite tricky and required a lot of work, and estimates – plus or minus 10% value – for both the benefits and the cost. This isn’t the kind of work that can be done on paper alone, so the business started with a discovery phase to get those 160 responses boiled down to a few that were tangible and prioritised. That prioritisation process is one of the things that Red Olive helped with. It used the BEAM methodology to make the estimation and the delivery more tangible, and the proposal more detailed.

As part of this work, Red Olive helped its client to visualise how the new platform would perform. Would it, for example, use a single central hub, or be a hub and spoke structure with distributed ownership of data and data accountability within each of the business functions? Deciding on such fundamentals helped the company to draw up a list of requirements – both physical and functional.

At the same time, Red Olive helped break down the larger project into individual channels, like operational elements and architecture. Each could be considered in isolation, and sub-divided still further into a series of agile objectives which, when the transition work began, would deliver value in the shortest possible time.

It soon became obvious that focusing on the 160 ideal outcomes identified by the business wouldn’t be practical, but the data team nonetheless wanted to get as many different business functions involved as it could. This would create a groundswell of advocacy for the overall transition. So, working with Red Olive, the team identified the six use cases with the greatest cross-over by scoring the full range on their relevant costs and benefits.

It knew the selected projects needed to have a coverage matrix. It wanted inside owners who were engaged and excited and subject matter experts who knew their responsibilities when delivering the programme.

As a result, Red Olive managed to get the business involved and excited about the journey ahead, and to see the same vision. Red Olive inevitably knew the vision of such an outcome. It was able to bring the business along for the journey, helping them to understand the art of the possible, making the proposed changes relevant by mapping the future possibilities to a business context that the stakeholders would understand.

As a result, funding was granted and the larger transition signed off. 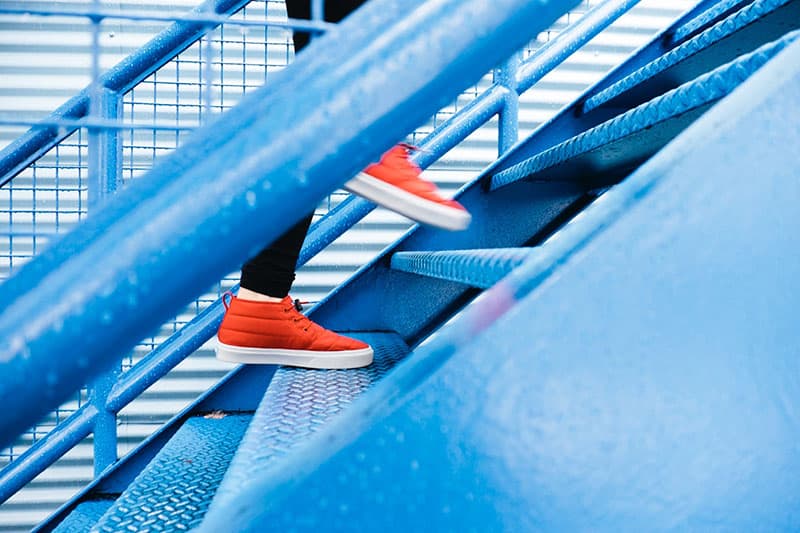 With funding secured, Red Olive helped the in-house staff to find the ideal partner for the next phase. The data team started running proof-of-concept tests to clarify what the new partner would do and planned for the recruitment of a team of data scientists. It’s now working on new ways to extract relevant data from legacy systems, and to incorporate new data received so that the business always has a full and up to date order history.

In phase two, much of the focus will be on fundamentally changing how data moves around the business’ systems. There is an understanding across the entire organisation about what it will be able to do with real-time data and business information.

Although Red Olive’s involvement has come to an end, the work it did with its client will continue paying dividends for some time. This is true not only in that the business will, eventually, benefit from a new data platform, but that senior management now has a better understanding of what data should – and can – deliver.

Red Olive had to do a lot to gain the trust of the business, because the management looked at IS and IT as a back-office function. Red Olive had to get the business to understand not only that it was bringing in dynamic technology, but one that would give it value quickly now and for the future.

With its funding signed off, contractors in place, and its roadmap fully fleshed out, the data team is moving ahead with the second phase of the project to improve the organisation’s data handling and, ultimately, deliver on the promise of the strategy it devised at the very outset to benefit from the full potential of the data it already held – and the data it was generating every day.