When Red Olive helped the Met Police produce more meaningful data with fewer resources, neighbouring forces asked it to do the same for them

The Metropolitan Police employs some of London’s most accomplished analysts. But when austerity kicked in and its budget was trimmed, it needed to rethink how it was organised and what it should do day to day.

It asked Red Olive to run a series of training sessions that focused on three key needs:

The ultimate goal was not only to help the force service the general public more effectively while working with a smaller budget, but also to ensure that it delivered demonstrable improvements in the seven key areas against which it is judged.

Metropolitan Police staff are split into front-line officers and analytical teams, the latter of which provide support services to those on the front-line. This has created an internal market for data and services, with the analysis staff gathering and interpreting information both to help solve or reduce crime and improve the organisation’s overall performance.

After austerity triggered a round of redundancies, the decision was made to incorporate all of the force’s performance analysts into a single group. Each member would bring with them different levels of experience in different parts of the organisation. If it worked, the benefits of scale would be just one of the positive outcomes.

Previously, when the team had been split to support different departments throughout the force, some members were over- or under- employed, depending on the time of year and the amount of work being handled by their division. Now, rather than having some people quiet while others were busy, the available work could be allocated across a single, openly-managed and visible workforce.

Key to achieving this was ensuring that every member had undergone an agreed programme of training so that they were each working to the same high standard. Red Olive won the contract to provide a large part of this training, which initially involved 100 non-uniformed staff. 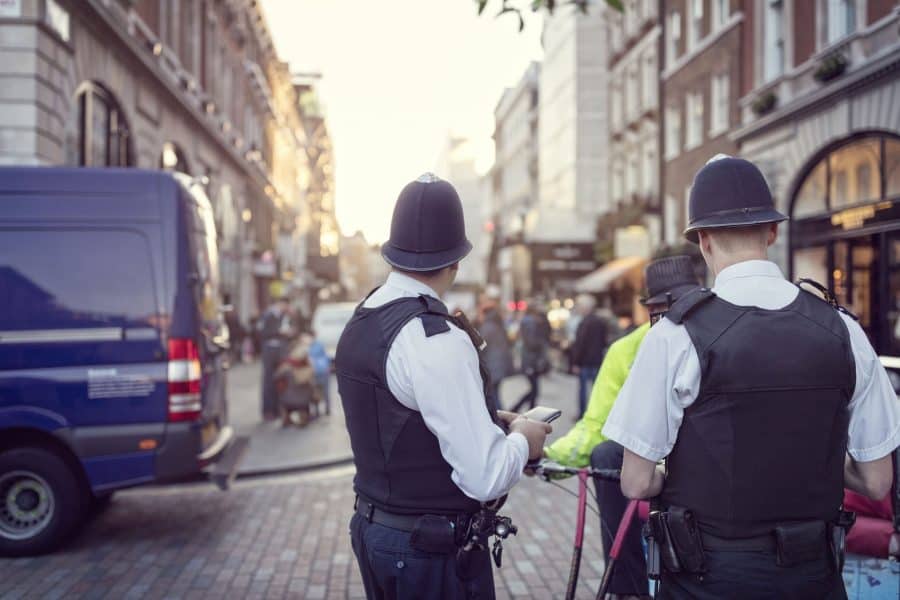 Police forces employ two types of analyst. Intelligence analysts are directly involved in detecting and solving crime, attempting to answer questions such as ‘could these crimes be related?’ The answers they provide help investigating officers to cross-reference existing data as they search for patterns that could help identify criminals still at large.

These are the best-known analysts in a modern police force, well represented in popular media. Less commonly depicted are those who analyse the force’s ongoing performance. In the case of the Metropolitan Police, this is conducted with reference to MOPAC 7, a set of criteria defined by the Mayor of London’s office against which the force must constantly improve.

The performance team concerns itself with bigger-picture analytics, so could be looking at the effectiveness of money spent on preventing gun or gang crime and asking whether it represents good value. Quite often its hypotheses’ will be political in nature, and will work to form and support a view on questions such as, ‘is London safer now than it was 10 years ago?’ or ‘what has been the impact of immigration on crime, and what can this tell us about where we need to be focused over the next five or ten years?’

As the data it uncovers will help the front-line officers with their forward planning and to understand how they can perform better against the Mayor’s criteria, the officers are effectively internal customers of the performance analysis team. Red Olive helped to formalise this relationship and establish the framework within which the two would interact.

The Metropolitan Police analysts were already talented and experienced, but the internal managers had identified an issue that needed addressing: the way that front-line officers and the analysts related to one another. It was perceived that the officers, who were assigning tasks, didn’t have sufficient understanding of what the analysts could offer: expert, evidence- based advice and not just numbers and charts. Red Olive developed a training programme that equipped the analysts with the tools they need to ‘manage’ the incoming customer requirements, rather than just understanding them.

The programme helped the teams to gain a two-way agreement over what work was required and when it would be delivered, setting realistic expectations in the process. As part of this, the analysts were shown how to ask the right questions at the commissioning stage.

Internal discussions had concluded that to make the most of the analysts’ research, much of the training programme should focus on relevance rather than merely data collection.

Frequently, the data was used to prove the force’s stance on a particular issue, or refute that of an external agency, which may be interested in influencing or directing the force’s activities.

A political interest in increased prevalence of knife crime, for example, would often require that the force research the statistics itself to ascertain the accuracy of that view.

Such data wouldn’t have been difficult to pull together, and the analysis team could have given senior officers whatever statistics they might require when formulating a response. Yet, the team was frequently so efficient at doing this that they returned more data than was required. Those who had commissioned them could find themselves swamped with data, which they then had to spend time sorting and, in some cases, discarding. That time could be better employed elsewhere.

To help them better serve this internal market, Red Olive worked on improving the way that the analysts interpreted the data prior to handing it over, showing them how to reduce the overall volume of what it produced so that the most pertinent points would have greater prominence within the bundle and tell a more meaningful story.

This was driven by the fact that raw statistics alone can often reveal only part of the overall crime landscape. For instance, politicians who saw an uptick in the prevalence of knife crime within the city might have their prejudices confirmed by raw data that showed the same, but could be swayed if supplementary findings showed that although it increased by a theoretical 2%, the capital’s population had grown by a tenth in the same period. The story hidden within the statistics would therefore be an overall decrease in knife crime per head, which is far more positive.

To facilitate this, Red Olive helped the Metropolitan Police’s analysts to identify which public data sources would reveal useful patterns related to both ongoing statistics and force performance. A primary example of this was examining the way that changes to the local weather could affect incidences of crime (house breaking tends to increase in good weather, for example, and the number of betting shops in a given area can also be used as a soft indicator for the likelihood of elevated crime rates).

By understanding how data of this sort relates to known crime statistics, the analytical teams are able to make hypotheses, applying the same tests to other geographical areas, meteorological conditions, and so on, to predict the likelihood of crime. This enables uniformed officers to intelligently and proactively allocate resources as required. 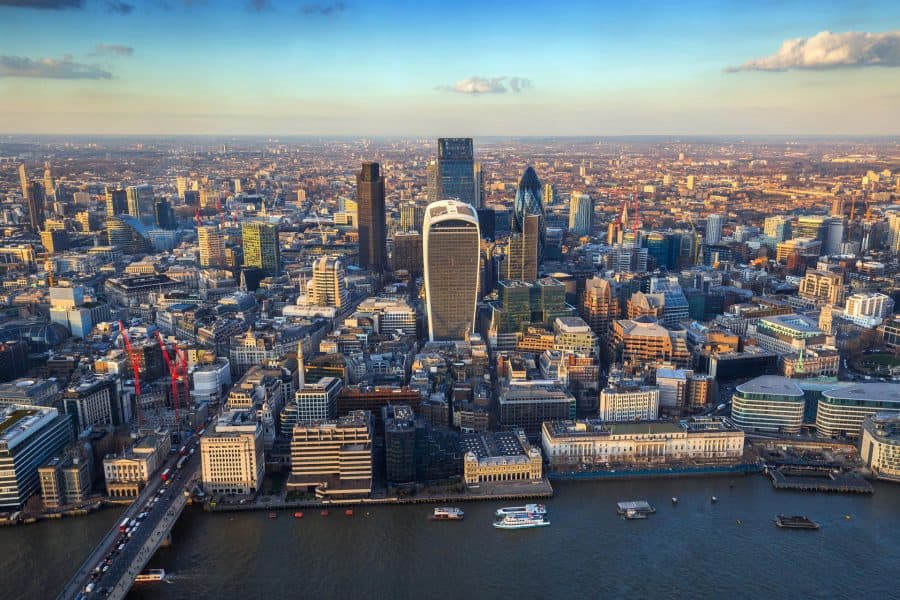 Data in, insight out

Collecting and analysing data is only half of the job, though. Having internal ‘customers’ meant that the analysts needed to report their findings to the commissioning officers in a format that was relevant, comprehensive and understandable.

Red Olive drew on its own expertise of presenting complex statistical data in an insightful manner, teaching the trainees how they could format their findings in such a way that they were easier – and quicker – to absorb. To do this, the analysts needed to understand from a psychological standpoint why formatting information in a certain way, such as showing progression from smallest to largest or largest to smallest, makes it immediately comprehensible. Once they understood this, the analysts could be sure that the recipients of their reports would grasp the point the analysts wanted to make, rather than imposing their own interpretation, perhaps by misreading the data.

Each course ran over two days, with the first day focused on gathering and interpreting data, and the second on the most effective means of presenting it.

Two months after each session, attendees were invited back for a half-day follow-up. Each brought with them an example of work they had performed since attending the course in which they used the techniques they had learned. This could be something that had been a success, which they wanted to share with the group, or an assignment that they were having trouble with, for which a discussion with their peers would be helpful. In each case the feedback sessions proved to be almost as useful as the initial training itself, often resulting in candidates finding yet more ways to present their research in an intuitive manner.

This, and the initial training, was well received. Once completed, Red Olive was invited to present an overview of what it had achieved to representatives from all other police forces at the National College of Policing in Coventry. As a result of meetings undertaken there, Red Olive is now training a further 100 police analysts before the end of 2016 and is in discussions with several other forces to run similar sessions for their own staff.

There can be no greater measure of success than a client, like Britain’s biggest police force, promoting and advocating on its supplier’s behalf.